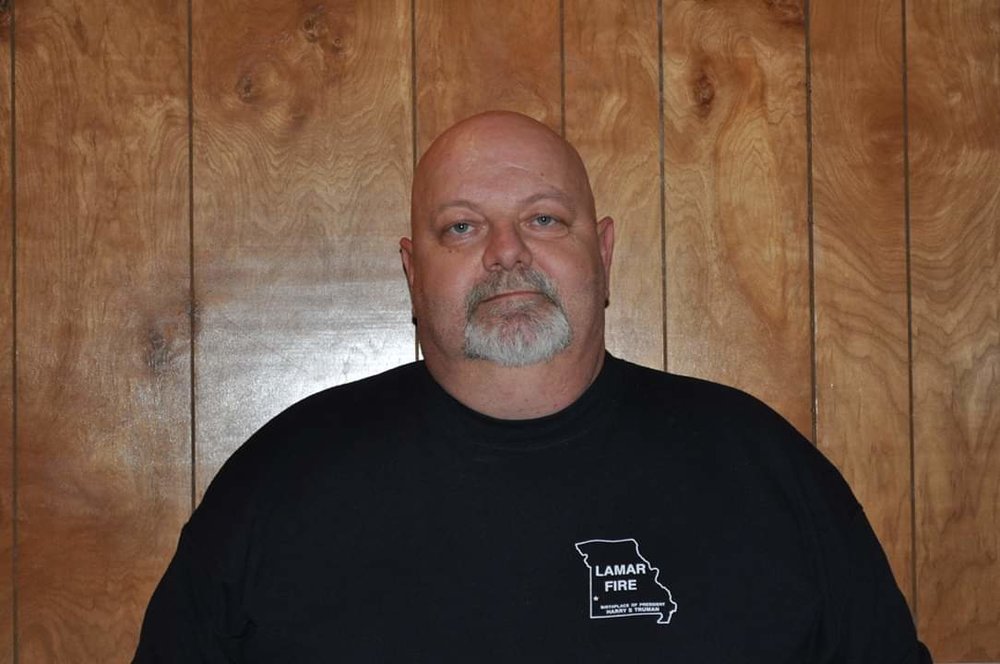 Please share a memory of Bob to include in a keepsake book for family and friends.
View Tribute Book

Robert “Bob” Wayne Bronson, age 61, was born December 6, 1956 in Lamar, MO to Oscar Leroy Bronson II and Rose Marie (Valenti) Bronson.  He passed away Sunday, October 28, 2018. Bob married Susan Ann Searles April 2, 1976 in Iantha, MO. Together they raised 4 sons: Bobby, Dusty, Joey and Jason.  Bob was employed at Lamar Fire Department for over 25 years.  The children that would tour the firehouse knew him as “Fireman Bob”.  Bob looked forward to “Wear Red Fridays” when he would meet with family and friends to drink coffee.  He is survived by his wife Susan, his mother Rose, four sons; Bobby and his wife Kim, Dusty, Joey and Jason and his wife Katie, six grandchildren; Molly, Sophie, Memphis, Nash, Kadyn and Wyatt, two sisters; Anna Voorhees and Susan Ball, a brother; Oscar Bronson III, and many nieces and nephews. Bob was preceded in death by his dad, two brothers; Richard and John, a sister; Linda Lair and a granddaughter; Ava Bronson October 13, 2017. There will be a memorial visitation from 1 P.M. until 2:30 P.M. Thursday November 1. A Graveside Service will follow at 3 P.M. at The Iantha Cemetery.

Look inside to read what others have shared
Family and friends are coming together online to create a special keepsake. Every memory left on the online obituary will be automatically included in this book.
View Tribute Book
Share Your Memory of
Bob
Upload Your Memory View All Memories
Be the first to upload a memory!
Share A Memory
Plant a Tree