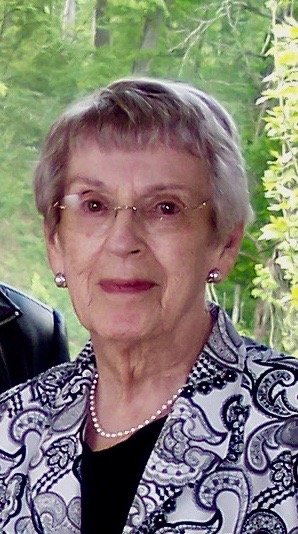 Thelma Corine Nielsen, 95, recently residing in Carthage, Missouri, passed away on August 26, 2019, at St. Luke's Nursing Center in Carthage Missouri. Thelma was born in Lamar, Missouri to Paul Eugene and Cora Ann Long Walters on August 28, 1923. She graduated from Lamar High School and attended Drury College in Springfield, Missouri; Park College, Parkville, Missouri and the University of Kansas City, Kansas City, Missouri. After college she worked as a secretary in Kansas City, Missouri and Phoenix, Arizona before joining the Department of State, Foreign Service, in 1946. She served tours of duty in Iceland, Austria, Kenya, Turkey and Afghanistan. While in Afghanistan she met and married another Foreign Service Officer, Steve Nielsen. They then served tours of duty together in Liberia, Viet Nam, Washington D.C. and Mexico. Thelma retired in 1976 after serving 30 years in the Foreign Service. After Steve's retirement in 1978, they moved to Hinton, Iowa and in 1984 moved to Bella Vista, Arkansas where they lived until Steve's death in 2018. Thelma moved to St. Luke's Nursing Center in April of 2018.

Graveside services are planned for 2 p.m. on Thursday, August 29, 2019, at Lake Cemetery in Lamar, Missouri.