Sign in
Recommend Charlie's obituary to your friends
Plant A Tree 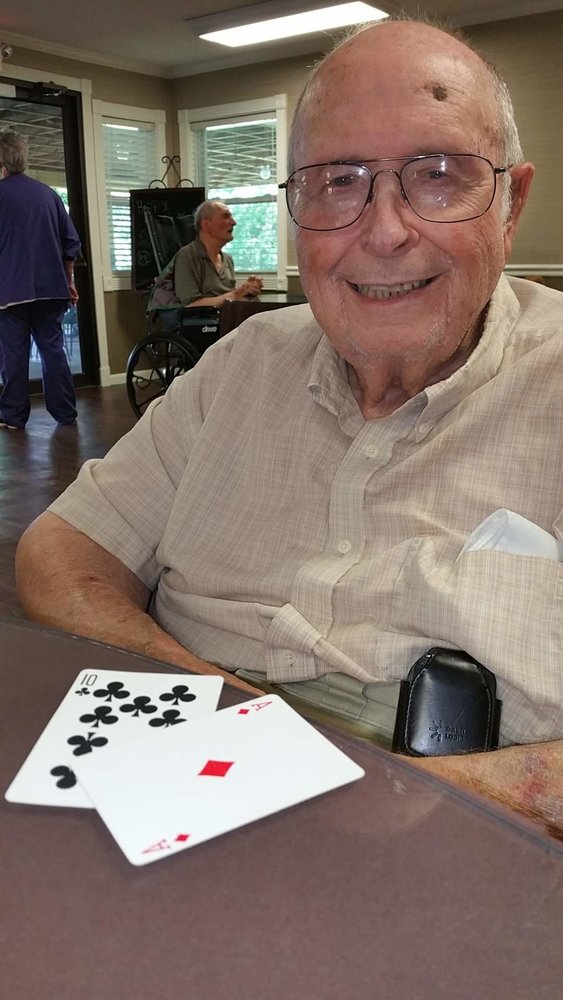 Please share a memory of Charlie to include in a keepsake book for family and friends.
View Tribute Book

Charles along with one brother, was raised on a small farm in Dade County Missouri by his parents, Elmer and Minnie Wimsatt.  Melvin, as they called him by his middle name, attended a two-room school in Pennsboro, MO.  If you drive along K Highway just east of Pennsboro you’ll see this all brick school still standing. He graduated in 1952 from Golden City High School. As a young boy and through his teen years, his father taught him the art of lumberjack work and they worked side by side cutting timber.  They would use their two draft horses, Rolly and Lady, to haul the timber and plow their fields.  At the age of 19, he met his sweetheart, Arlene Mayfield on the square of Lamar, MO.  After a brief courtship, they were married on October 24, 1953 and their love story began.  Melvin moved his bride to Wichita, KS where they lived there for several years while he worked for an insurance company and then Boeing Airlines as a mechanic. They had 3 children while there, though one sadly passed as an infant.  In 1959, they moved to Springfield, MO with two young boys and another child on the way.  He landed a job at Hertz Rent-a-Car and became shop foreman.  His boss called him “Charlie” and this became his name that most people in his adult life knew him by.  By 1961 he and his bride had 4 children with them, 2 boys, 2 girls.  Charlie worked for Hertz for 27 years till he suffered a shoulder injury and took some time off. In the late 1980’s, he went to work for Pinegar Chevrolet, Republic, MO as the new car detail shop manager.  He was with Pinegar for 10 years. His bride, Arlene, worked at McDonald’s in Republic and you could often lookout into the dining room and see the two of them sitting together at lunch.  After both retired in the late ‘90’s, they moved to Lamar, MO.  Shortly after, they came out of retirement and went to work for OATS as bus drivers for a workshop in Lamar.  Charlie worked this for 10 years.  In 2011, they moved to Galena, Kansas to live with their daughter Brenda, due to Arlene’s health.  After Arlene passed in 2013 from complications of Alzheimer’s, Charlie remained living in Galena till his health severely declined. He was placed in nursing care at Medicalodges in January 2019.

Charlie and Arlene led a wonderful life full of fun, friendship, faith and family.  They made many lifelong friends along their way, some that preceded them in death, and some remain that feel the loss of this great couple.  Charlie enjoyed camping weekends at the creek or lake with his family and friends; working on cars and his favorite sport was bowling.  He bowled on men’s and mixed leagues up until his shoulder injury.  If you ask his children to give you a few words about their father, they would say he was one of the most loyal, steadfast, pillar of a man.  He cherished their mother and honored their vows exactly as God intended, fulfilling his care for her till her death; he was a strong provider for the family and gave each of his kids and grandkids the most unconditional love a child could want.

Memeorial donations can be made to the Alzheimer's Association.

Funeral service will be held Monday, November 18, at 2:00 pm, at Lake Cemetery, Lamar, MO with a visitation Sunday evening November 17, from 6 pm to 8 pm.